" If you've ever wondered where your dreams come from, you look around... this is where they're made. "

Zachary’s passion for the arts has always been evident in his career pursuits, His studies in set design, theatre, and film/cinema earned him his Bachelor of Arts degree from UTRGV, and he skillfully employs this knowledge to produce his unique brand of narrative storytelling through visual imagery.

Alongside that knowledge comes the experience that Zachary has earned from his years working on numerous hollywood sets, commercials, productions, and short films, with more than his fair share of hours logged as a primary/auxiliary shooter, grip/PA, and even being cast a few times as an actor.

Zach holds an impressive collection of awards from the numerous film races and short films he has worked on, including his coveted Best Cinematographer trophy from Cine Sol’s 36 Hour Film Race.. Zach also completed a rigorous internship with the Shakespeare Theatre & Co., having served as their photo/video media specialist during their bustling 2019 summer performance season.

(fun fact: he literally broke a leg during that work season, and still managed to fulfill his responsibilities for the remainder of his internship. Zachary is a trooper through and through.)

In addition to the numerous short film, wedding, and music video projects he has in the works for 2021, Zachary hopes to continue to expand his wedding portfolio with new locations, exciting couples, and as much adventure as you’re willing to throw at him.

Zachary has worked alongside Michael Angelo for years, covering weddings and engagements all over the USA. As Photos by Michael Angelo continues to expand its international operations, Zachary hopes to one day achieve his goal of shooting an event in Sri Lanka.

You know his story, now let's tell yours. 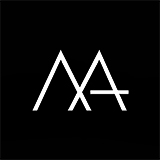